This show has been dedicated to the Petite-Rosselle mining site (57), home since 2012 to the Les mineurs Wendel museum (Parc Explor Wendel) in Moselle.
The creation was scheduled for June 10th, 2017 as part of the twinning of 2 festivals: Cabanes 2017, organized by the Moselle department on the subject of Kirby, superheroes and the festival Perspectives, a Franco-German festival. The centenary of Jack Kirby's birth as "king of comics" is an opportunity to pay tribute to him by adding a colourful and fantastic touch to an event that is devoted to the development of a territory in full transformation.

•    Illuminates the place of minors, their working and living conditions, their heroic image, their essential and vital role in enriching local life.
•    Questions the public about the resources of a territory in search of identity.
•    Highlights the intergenerational link: how do yesterday's heroes prefigure and draw tomorrow's heroes?
•    Questions our place in humanity, our lives hanging by a thread, the fragility of our existence.

For 170 years, Petite Rosselle enjoyed prosperity based on coal energy, but in 1986 the end of mining at the Wendel site disrupted the foundations, as the historical and cultural weight of the mine was imprinted in local life as well as in the private sphere.
The illumination of iconographic archives, original videos retracing the daily life of miners - their life and place in society - the staging of the place and artistic interventions of actors, musicians, tightrope walkers... the appearance of references to the Comics, in complicity with the inhabitants, plunges the public into a timeless and fantastic universe conducive to the expression of imagination and reflection. 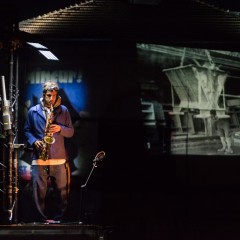 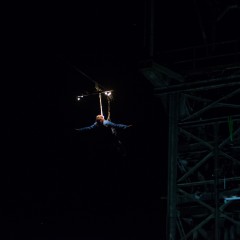 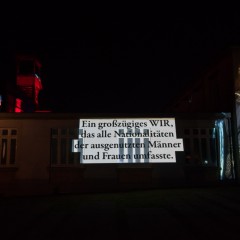 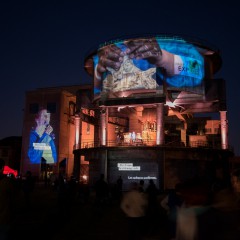 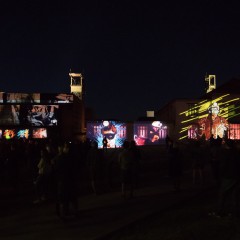 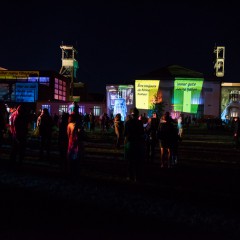 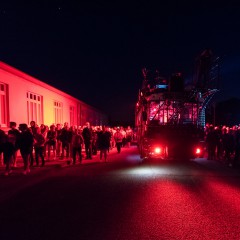 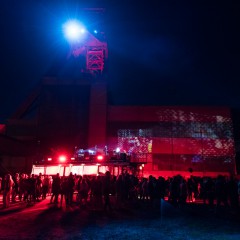 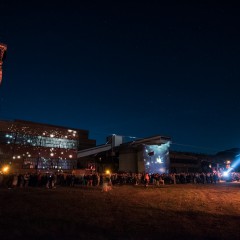